THE BOOK OF ABRAHAM

Translated through Joseph Smith primarily in November 1835, and published in the Times and Seasons 1 March – 16 May 1842. 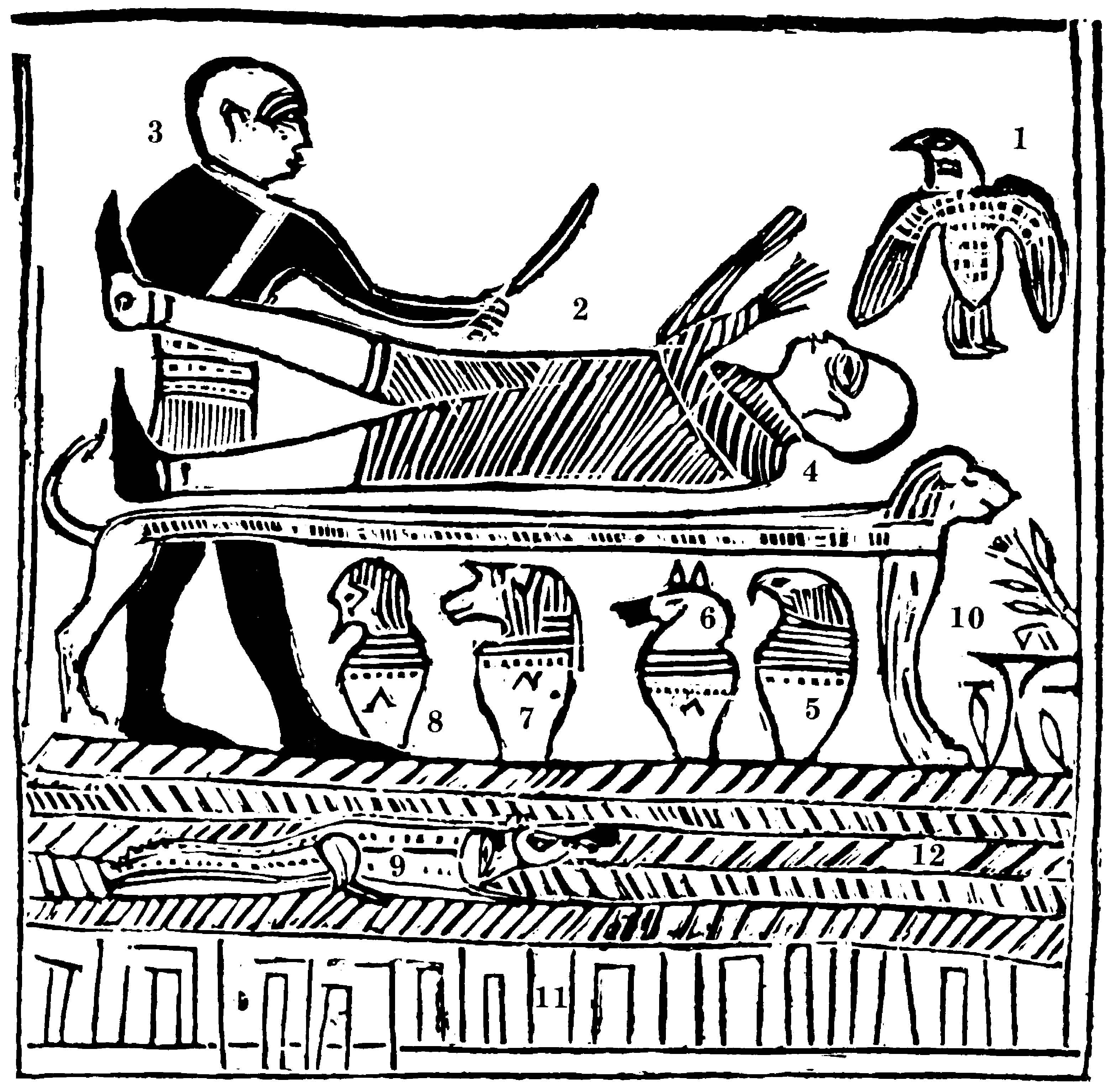 2. Abraham, fastened upon an altar.

3. The idolatrous priest of Elkkener attempting to offer up Abraham as a sacrifice.

5. The idolatrous god of Elkkener.

11. Designed to represent the Pillars of Heaven, as understood by the Egyptians.

12. Raukeeyang, signifying expanse, or the firmament over our heads; but in this case, in relation to this subject, the Egyptians meant it to signify shamau: to be high, or the heavens, answering to the Hebrew word, shaumahyeem.